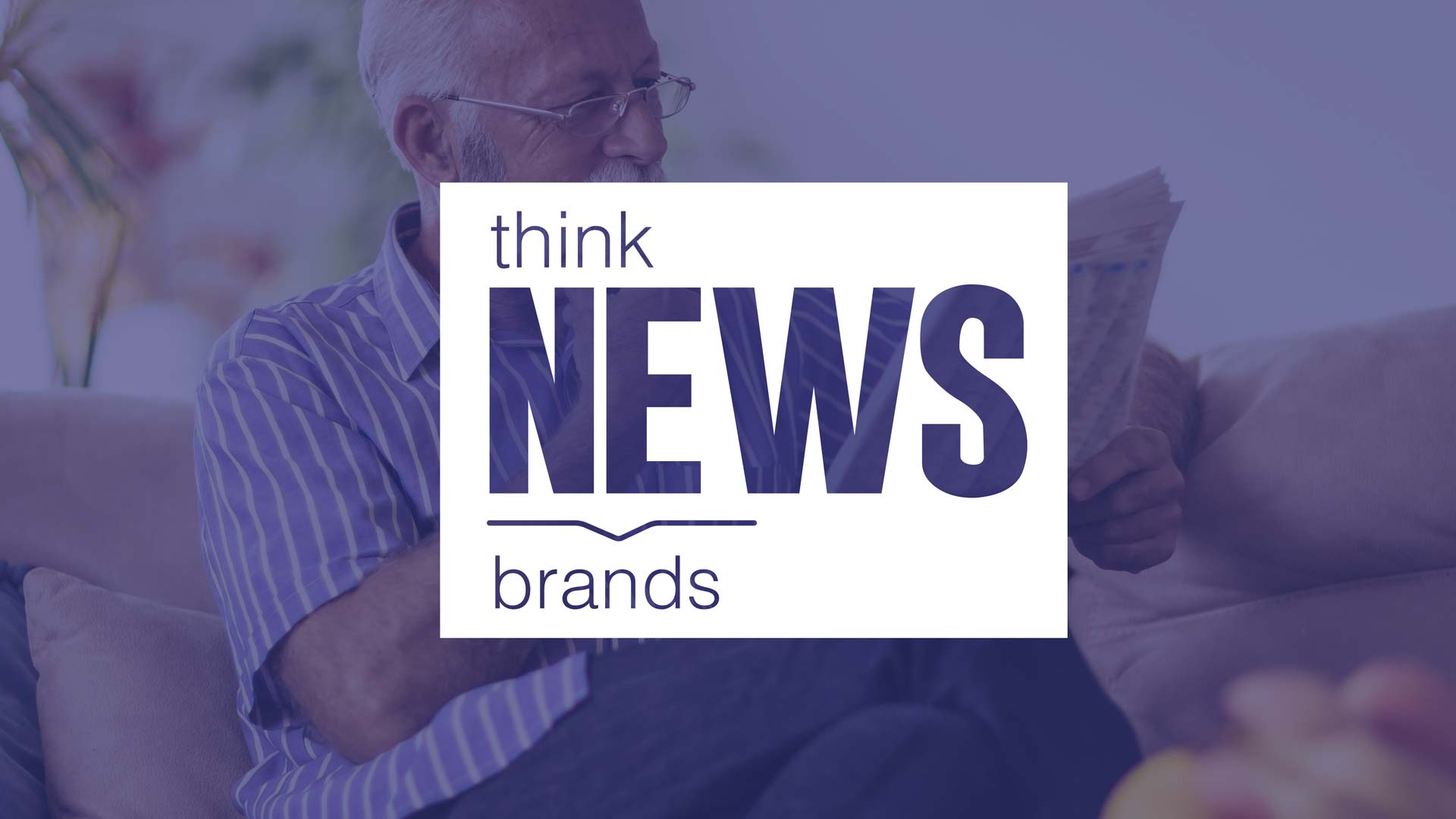 The latest findings from The Benchmark and Payback Series show advertising in news is more effective than advertising on social media platforms. When it comes to increasing brand and sales impact, ads placed in news consistently outperform both Facebook and YouTube. The findings come from The Benchmark Series, the largest cross-media advertising effectiveness study ever conducted in Australia. Commissioned by ThinkNewsBrands, and overseen by Dr Duane Varan, CEO of audience research lab MediaScience, the study included more than 5,350 participants and ran across 42 print runs and 252 websites which together created 6,037 unique brand exposures.

The study set out to understand the impact news platforms have along the path to purchase by measuring key metrics across short- and long-term memory as well as brand lift. The first tranche of the research launched earlier this year demonstrating the effectiveness of advertising in news versus run of the internet*. Dr Varan said: “Benchmark is the first study of its kind properly comparing news versus social media in terms of ad impact. The results fill an important void in understanding the larger media landscape.”

The latest findings of the research include:
Ads in printed newspapers** outperform Facebook ads of all types by up to four times Whether comparing print ads with display, six or 15 second Facebook ads, news offers a superior level of unprompted recall. 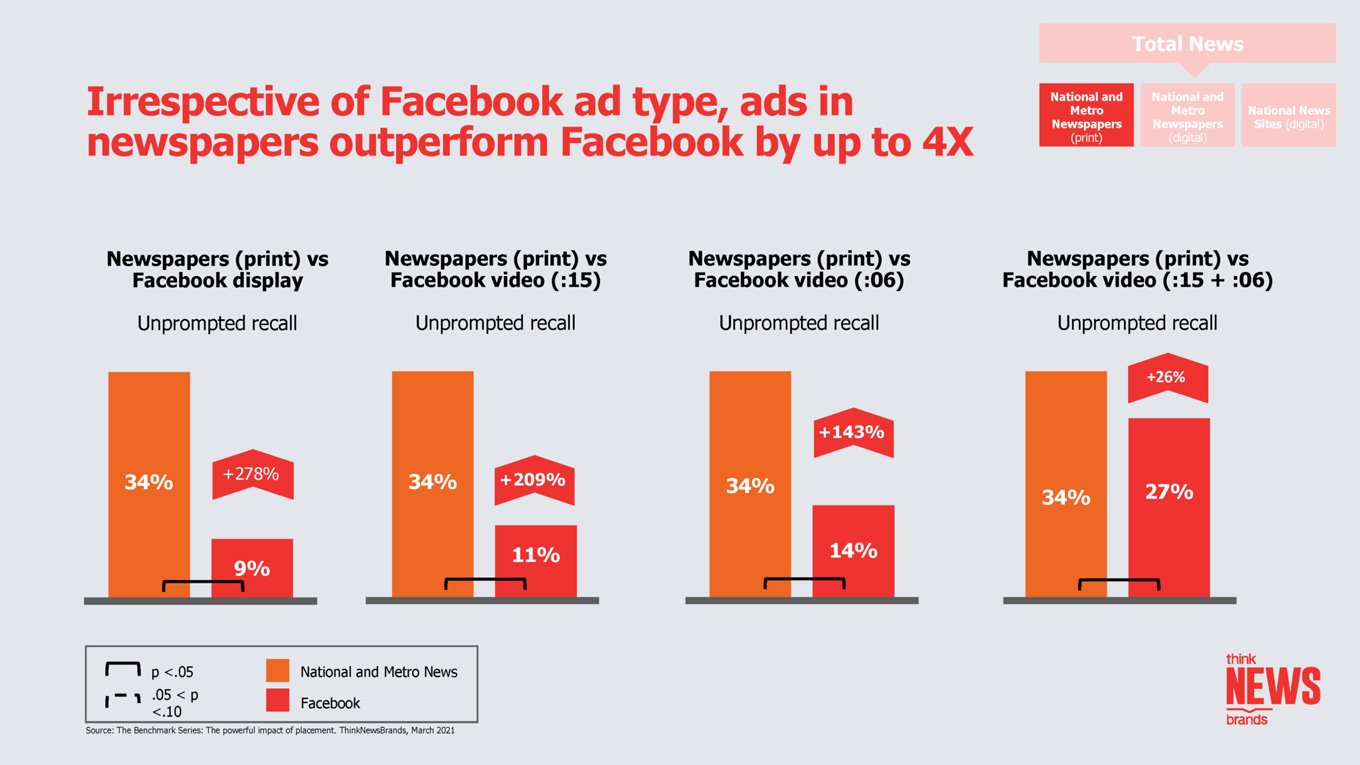 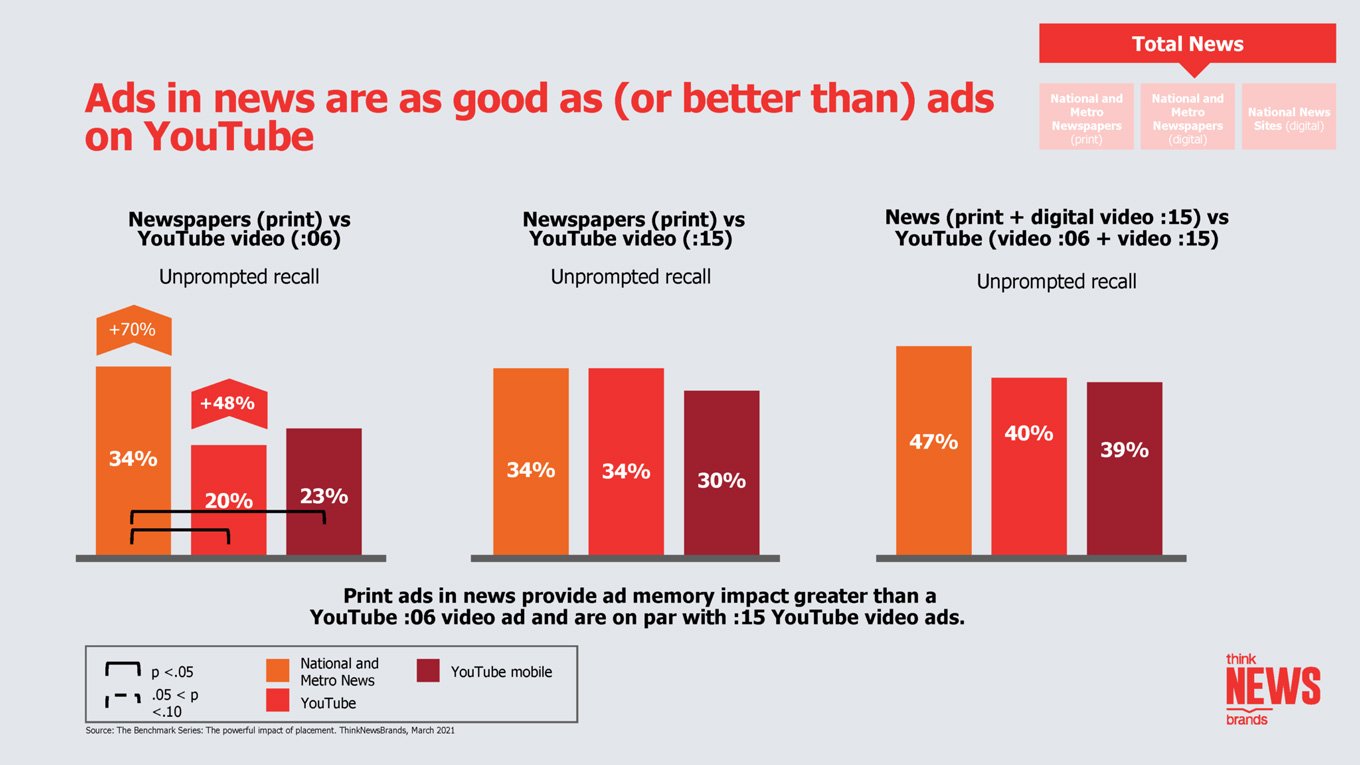 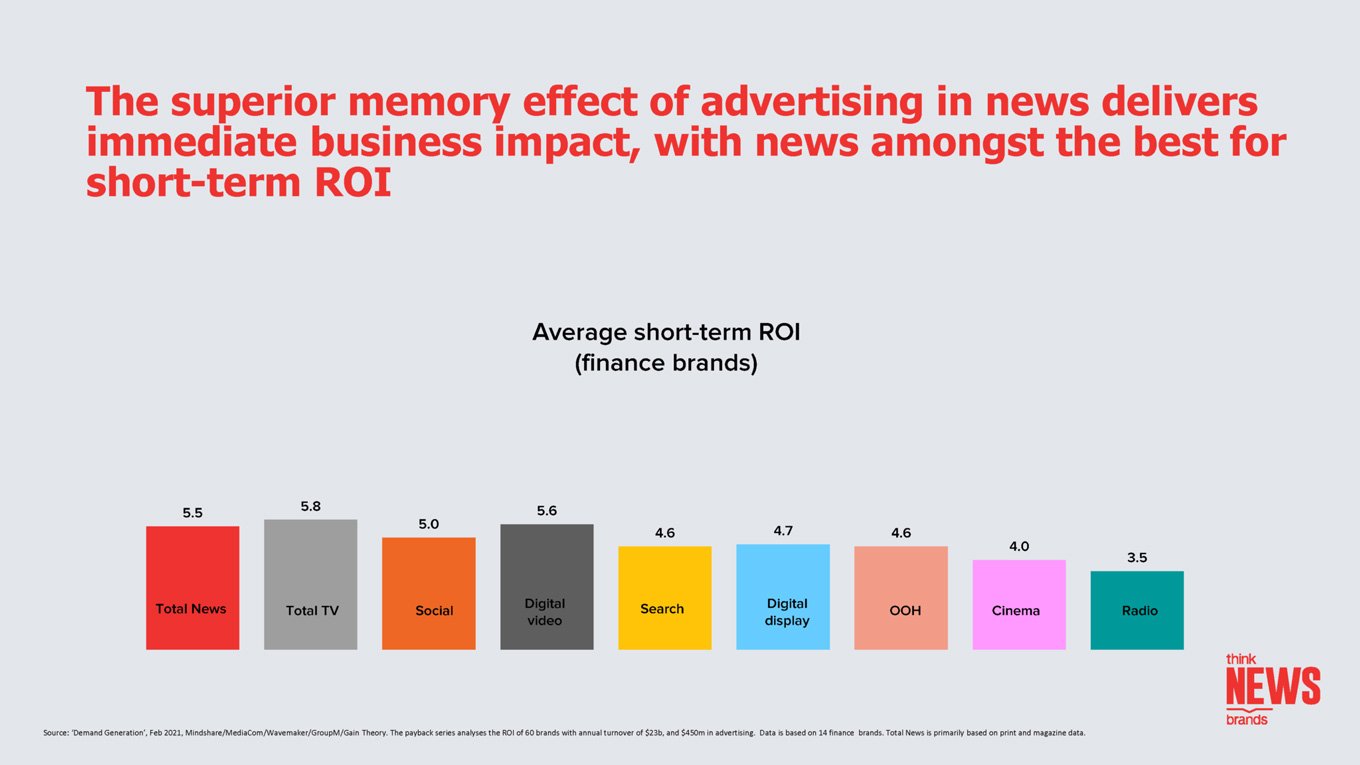 ThinkNewsBrands General Manager Vanessa Lyons said: “This research is a wake-up call for marketers: investing heavily in social media advertising isn’t the answer you’ve been led to believe.  “Wouldn’t you rather reach your audience in an active, receptive state than a blink-and-you’ll-miss-it scroll? Delivering the strongest reach, greater memorability and immediate ROI, there’s simply no alternative for news.” 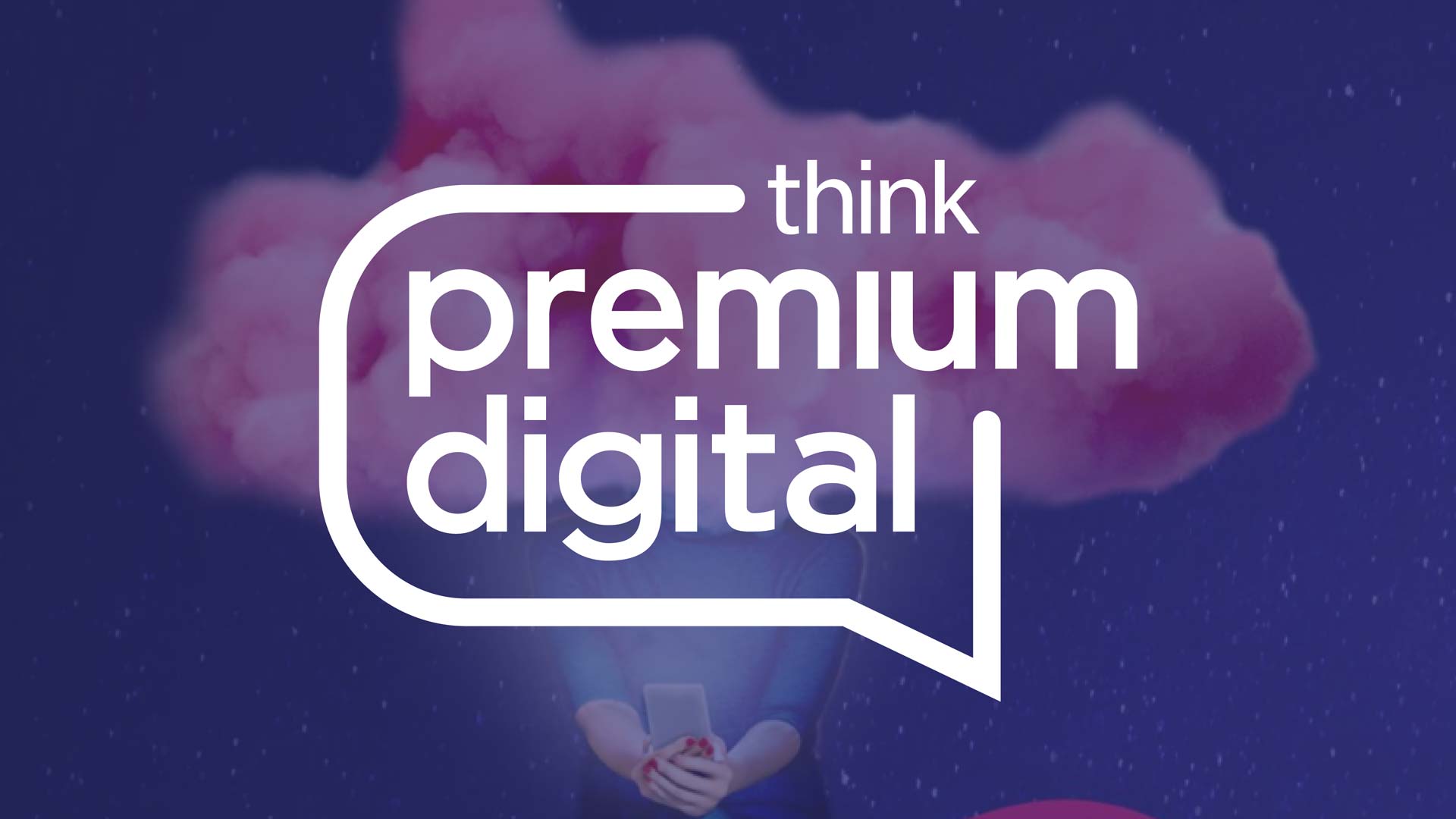 Not all digital media is equal and now there’s proof. It’s the research we’ve all been waiting for. 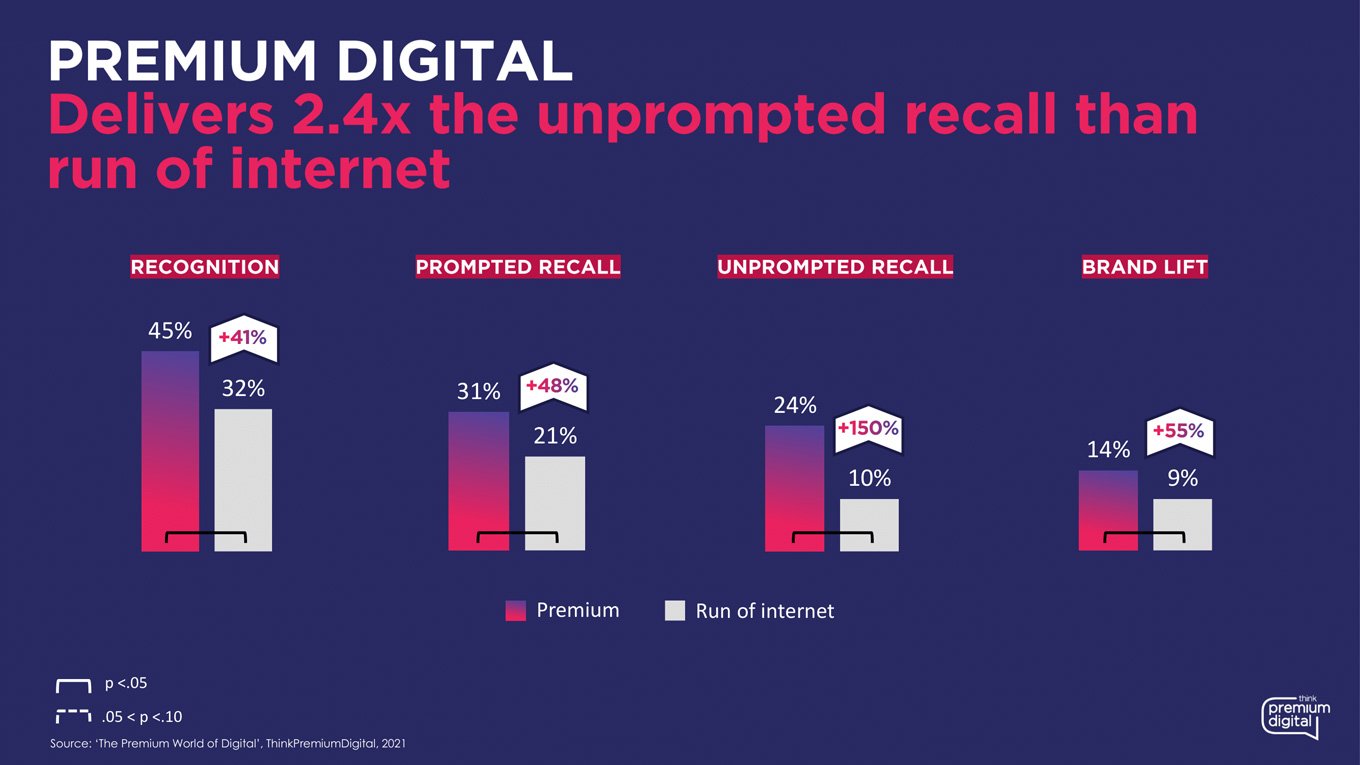 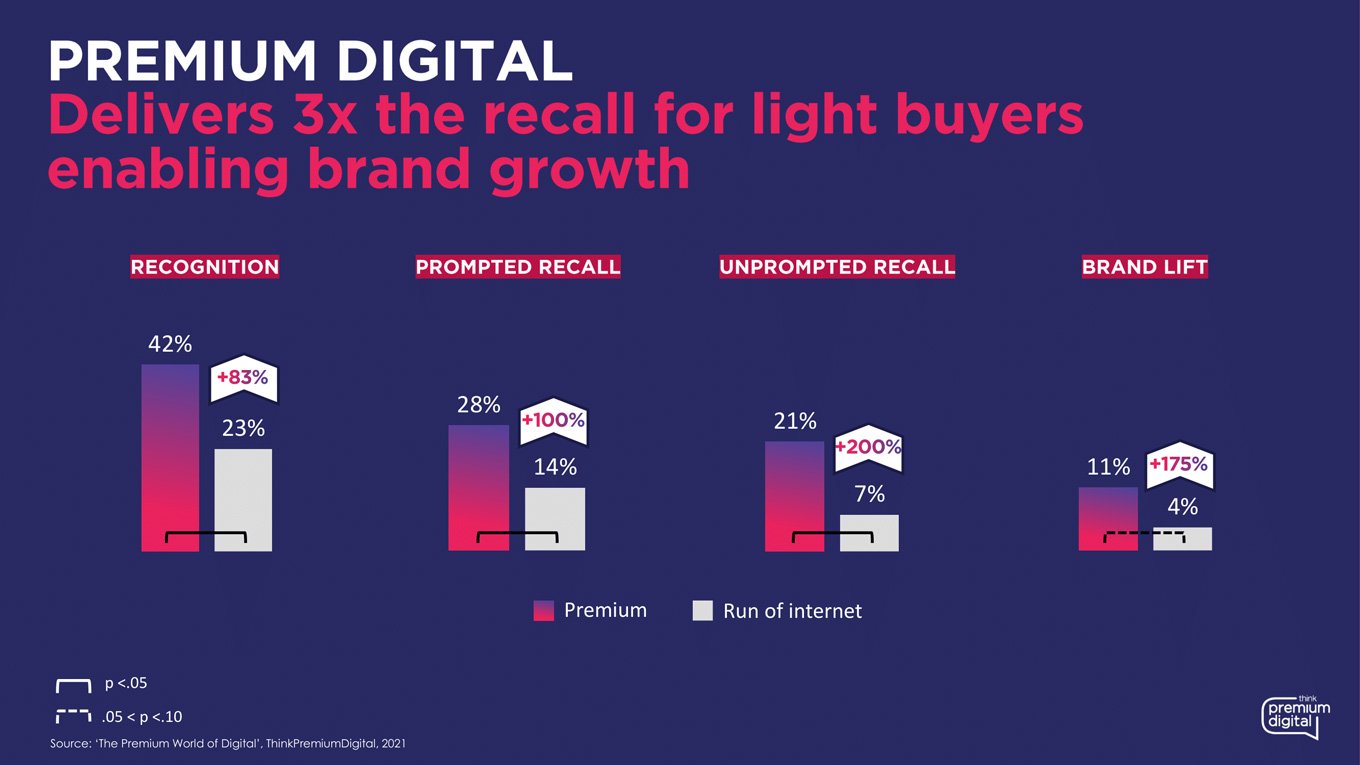 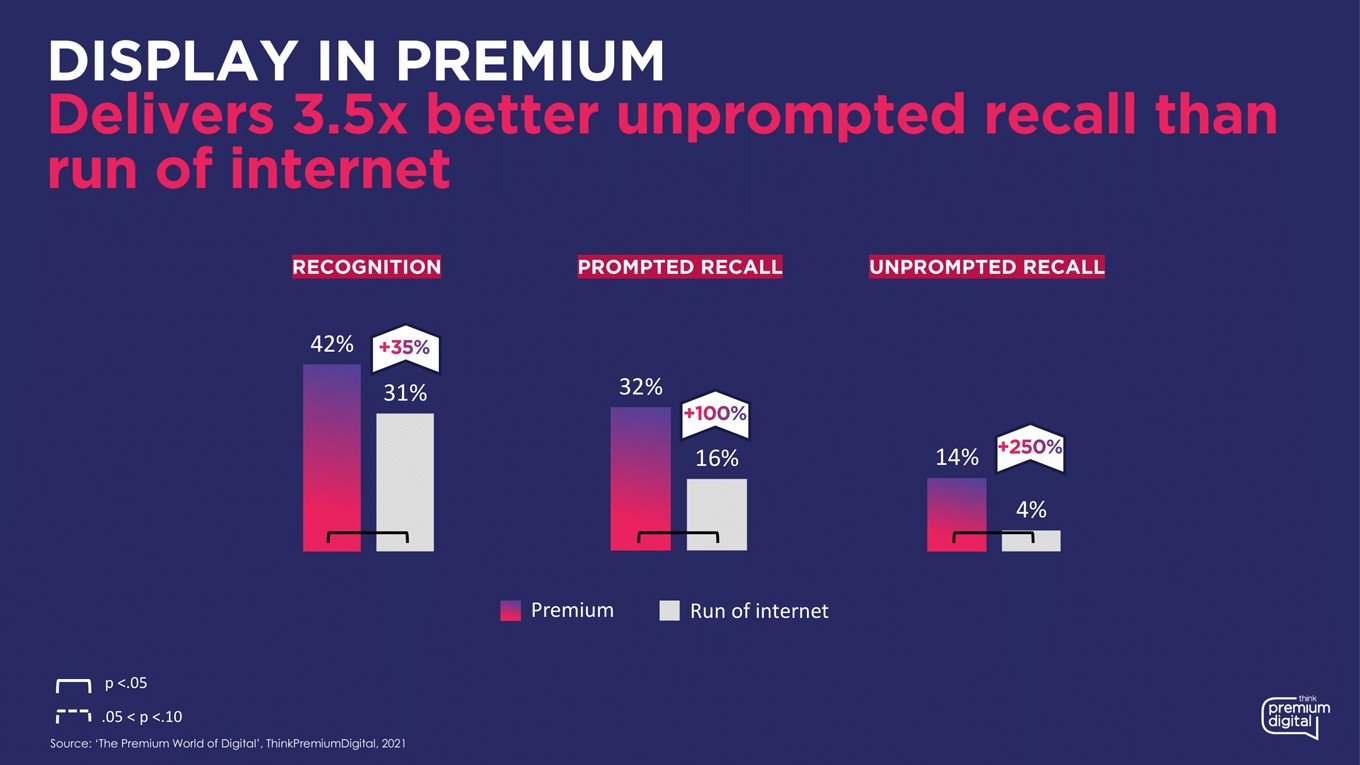 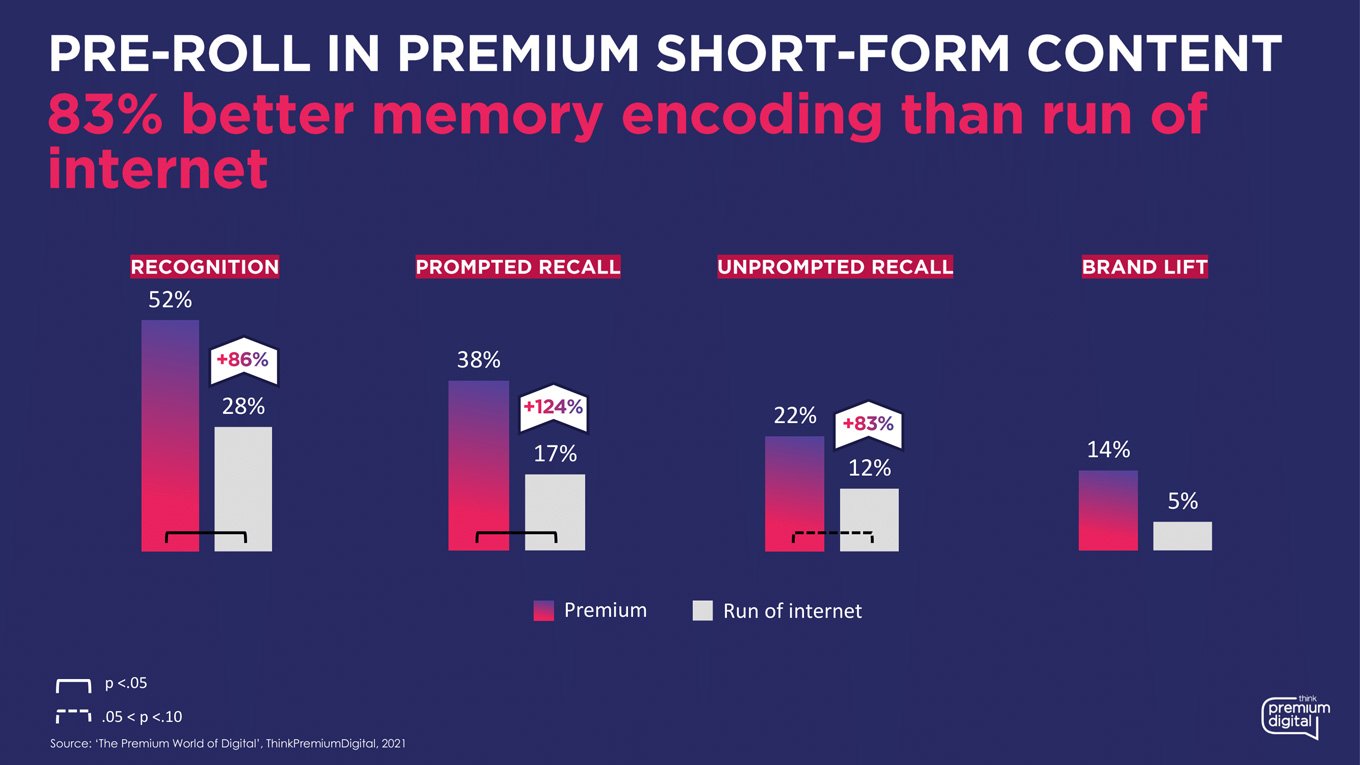 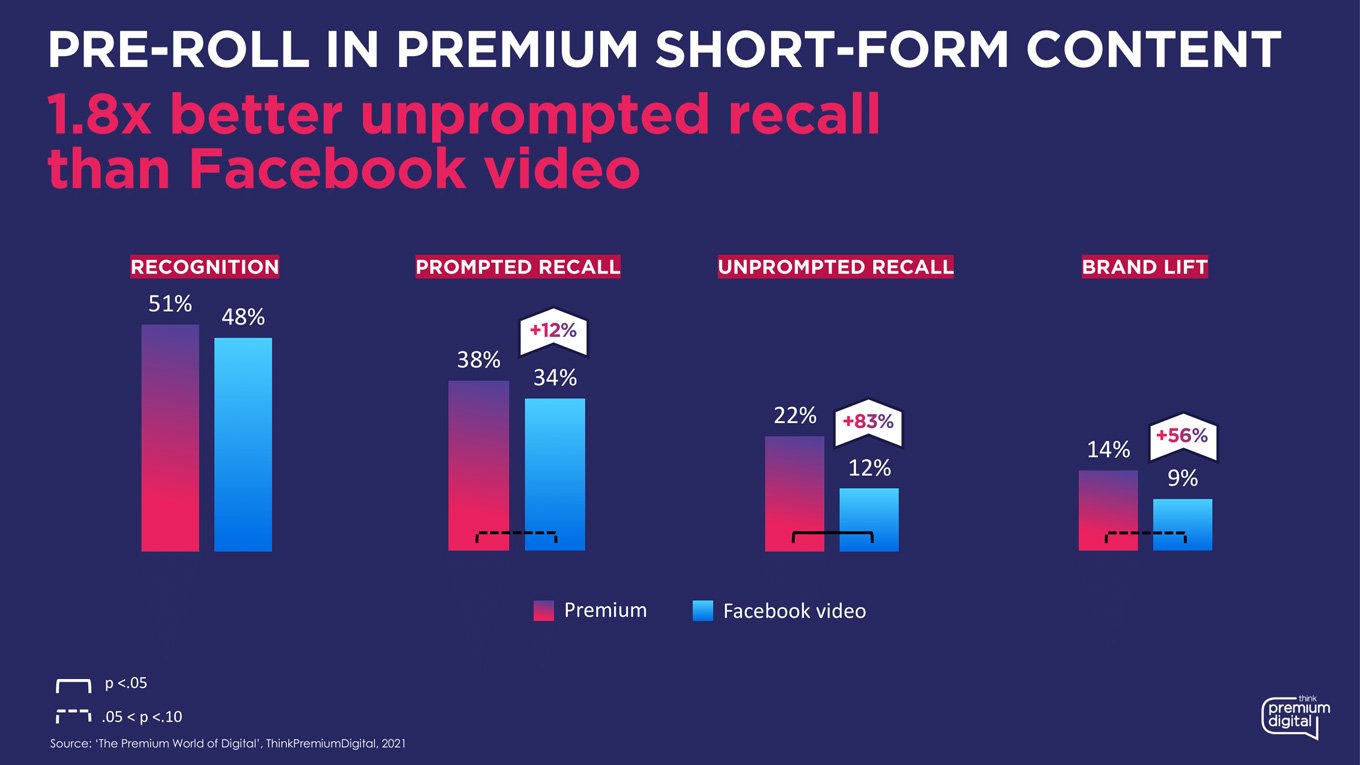 Find out how the research was conducted:

Third Case Study: Not all Digital Video is Equal 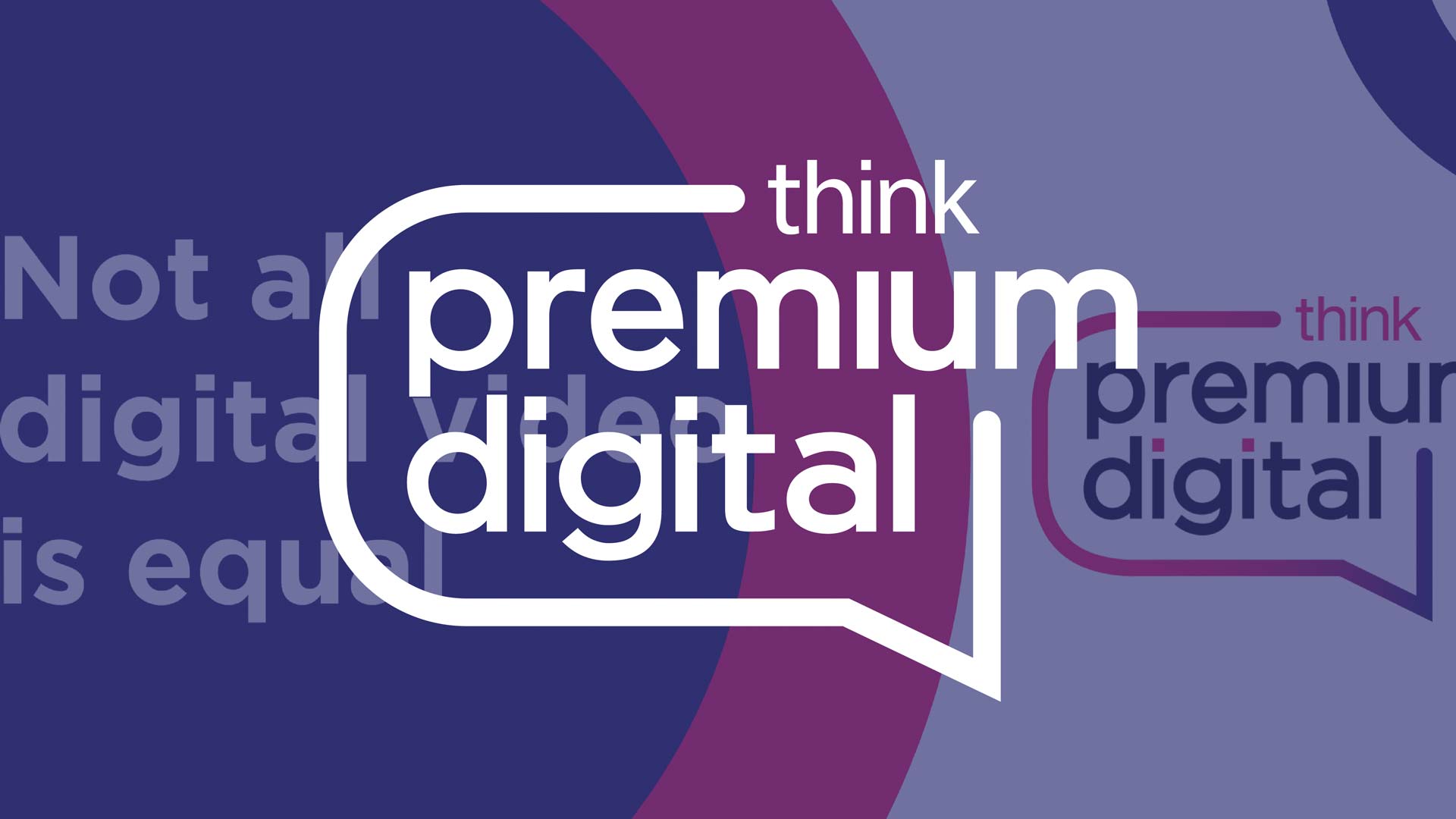 Earlier in 2021, Think Premium Digital proved through MediaScience research that advertising in premium digital environments matters and is more effective for advertisers.

Now, we dive into the world of premium video to see how it stacks up against user-generated and social video. They set out to see the difference in sales impact for video advertising in BVOD and short-form video in premium environments in comparison to Facebook and YouTube.

Firstly, what do they mean by “premium digital“?

There’s digital and then there’s premium digital, a descriptor for environments that have ALL of the following attributes:

In Phase one of the research it was proven that:

Building on from the results in phase one, phase two findings include: 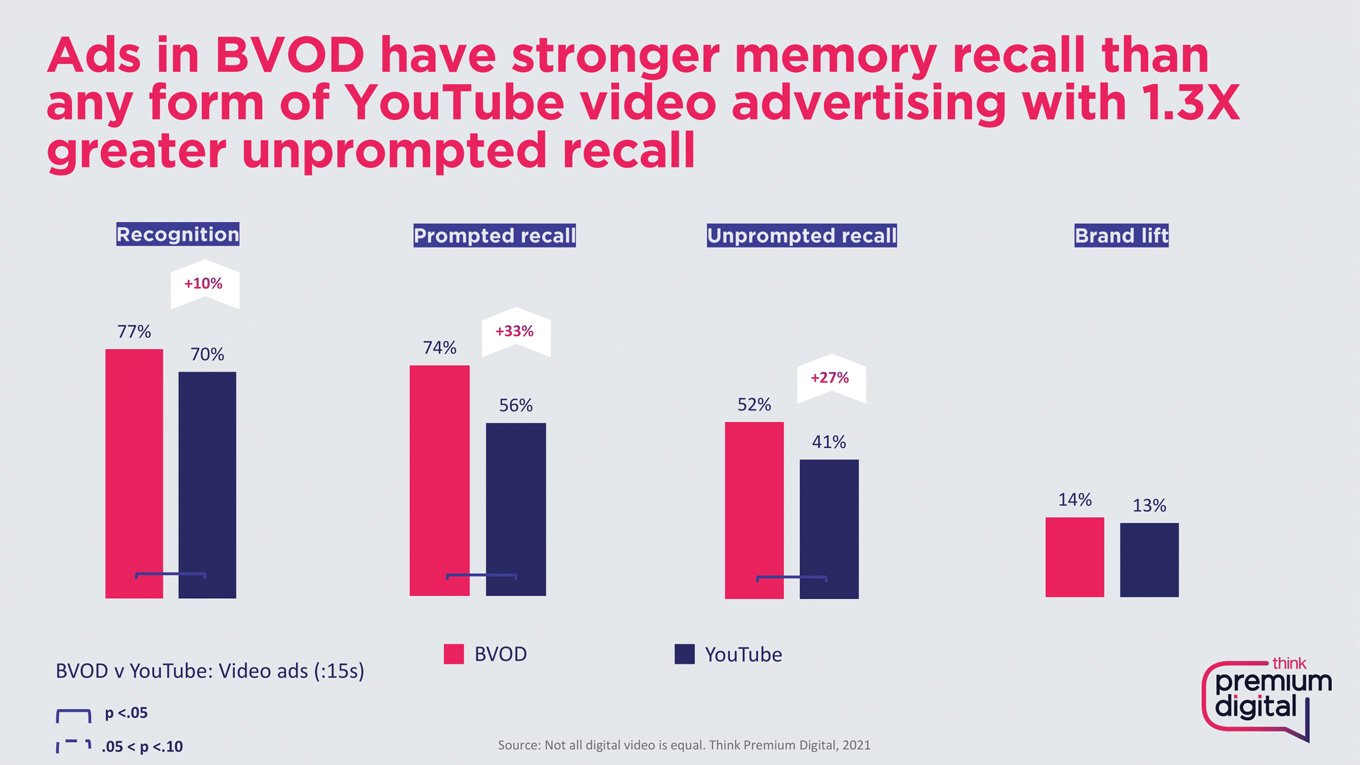 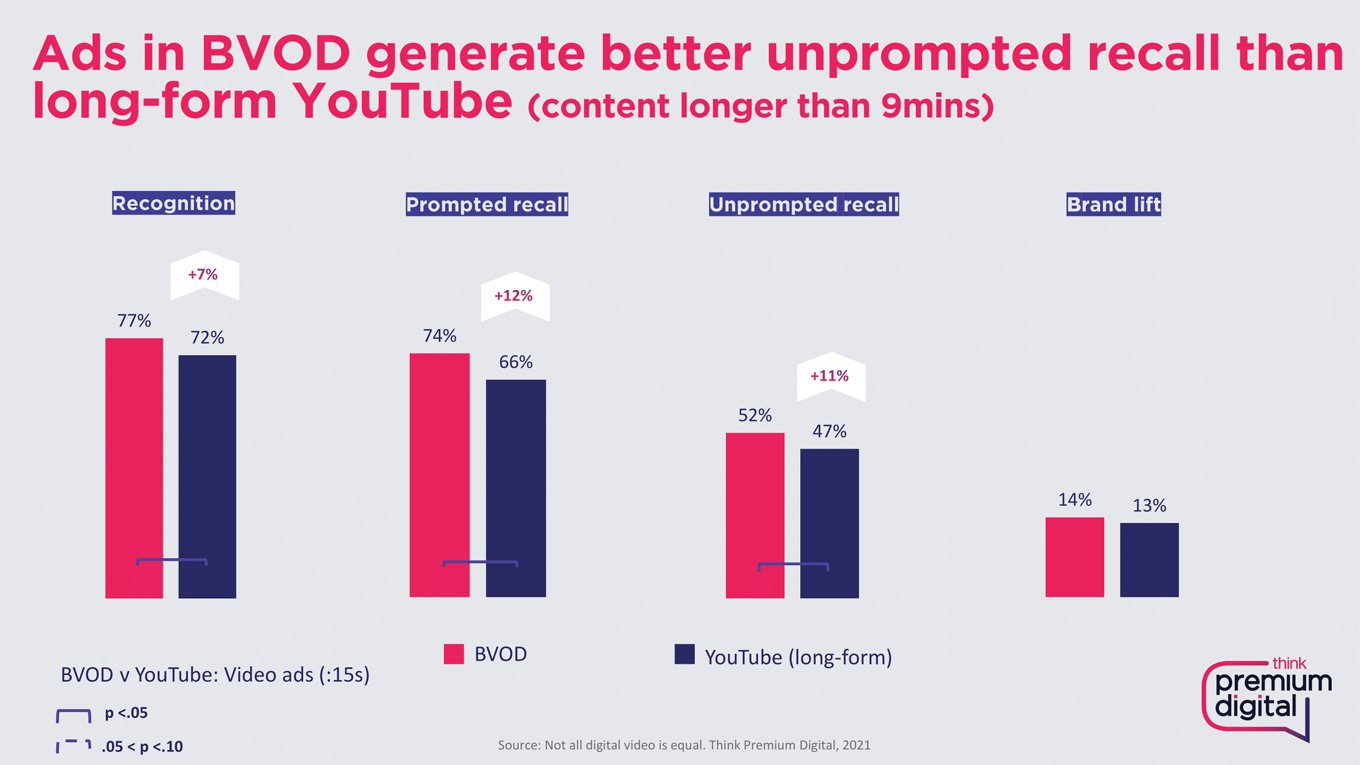 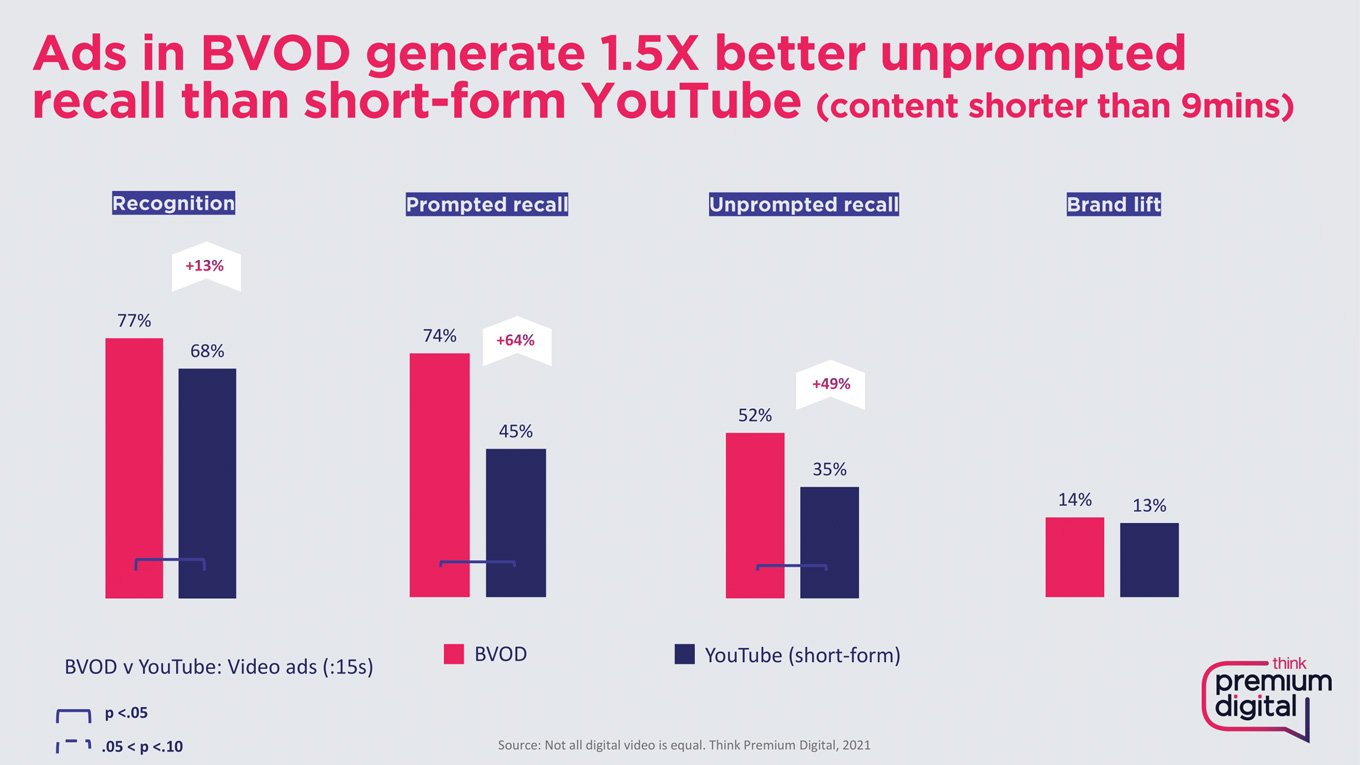 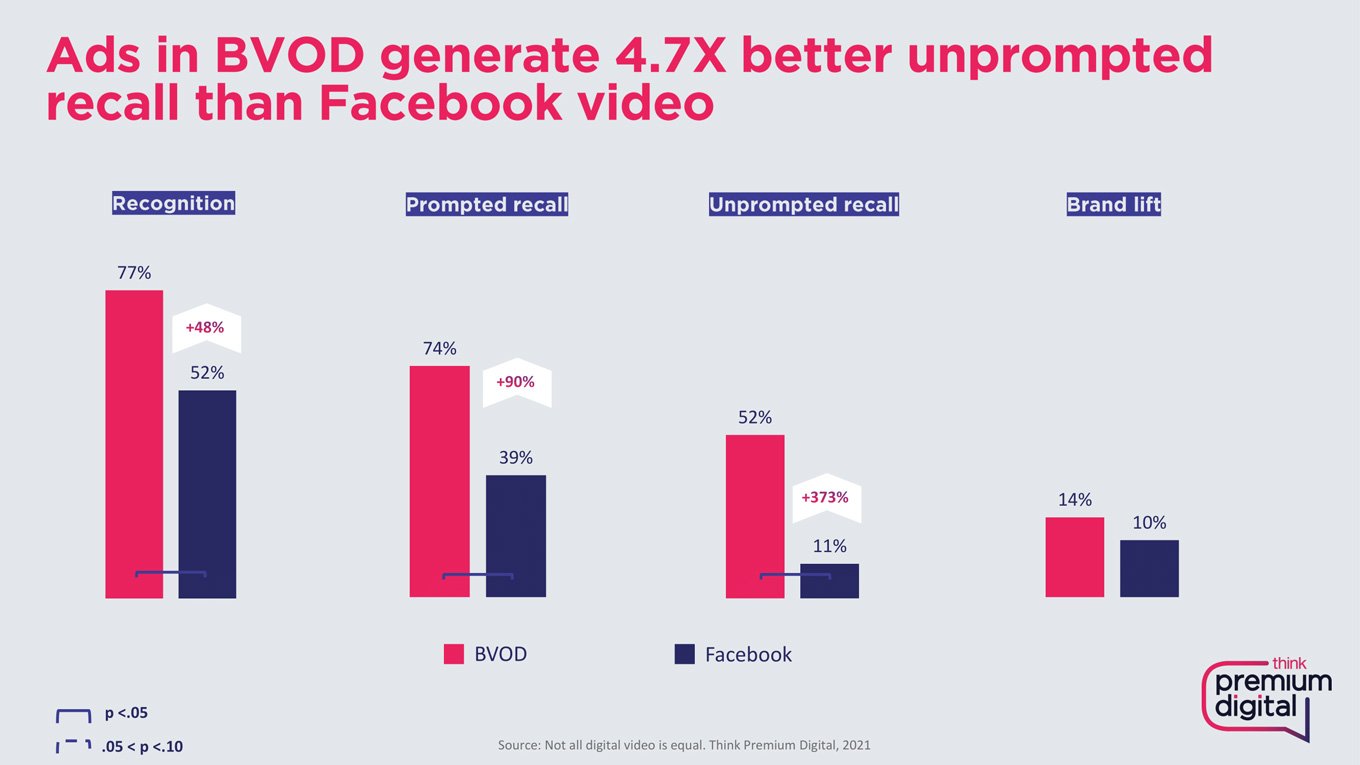 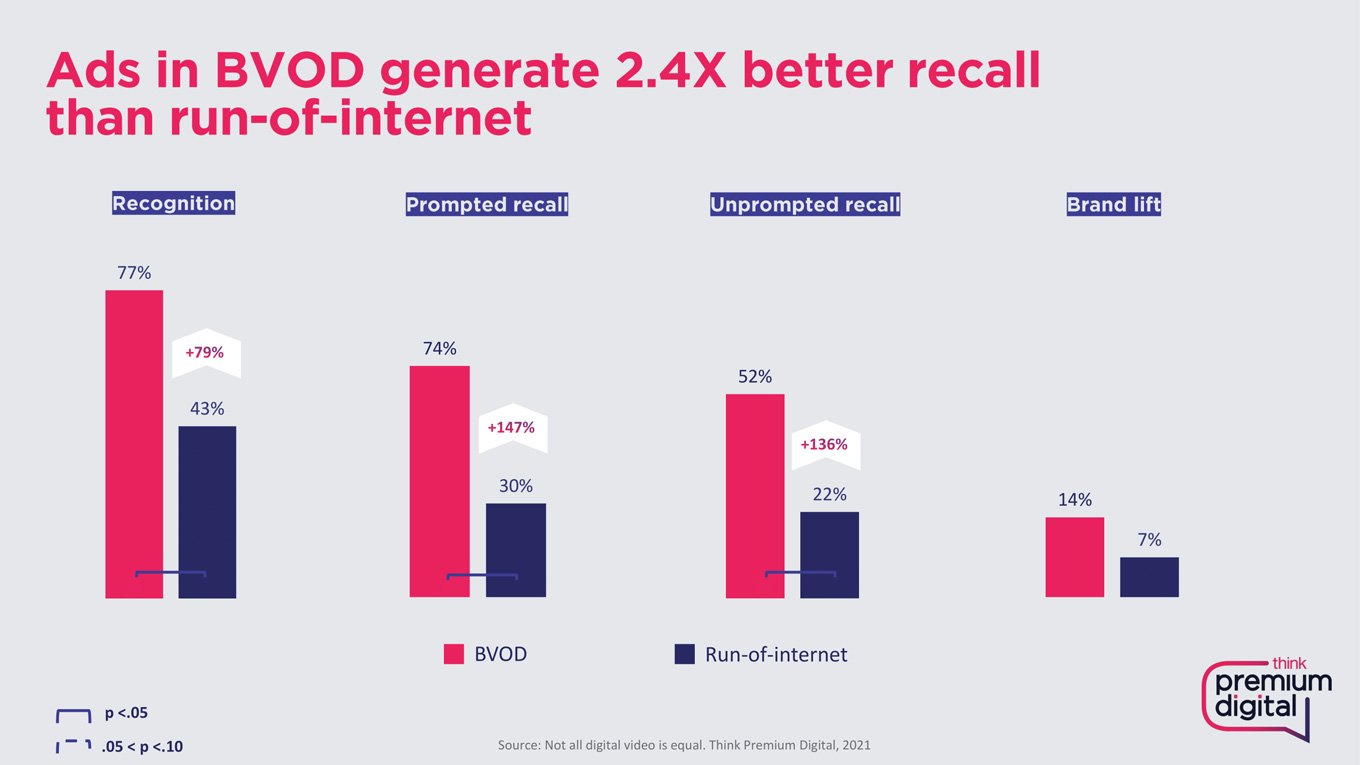