Could an ad be included during the weather report? What format would the ad need to be implemented so that the ad is still effective outside of traditional ad pods, and so it does not harm the credibility of the news?

We tested several ad models and demonstrated the ideal model to maintain visual attention and memory at the same time as not damaging the credibility of the news. Our solution did not harm the weather scroll, was more effective than a normal ad, and had no negative impact on the normal news. Following this ground breaking study, all major networks have followed suit and you now see advertisements on weather reports on most morning news reports. 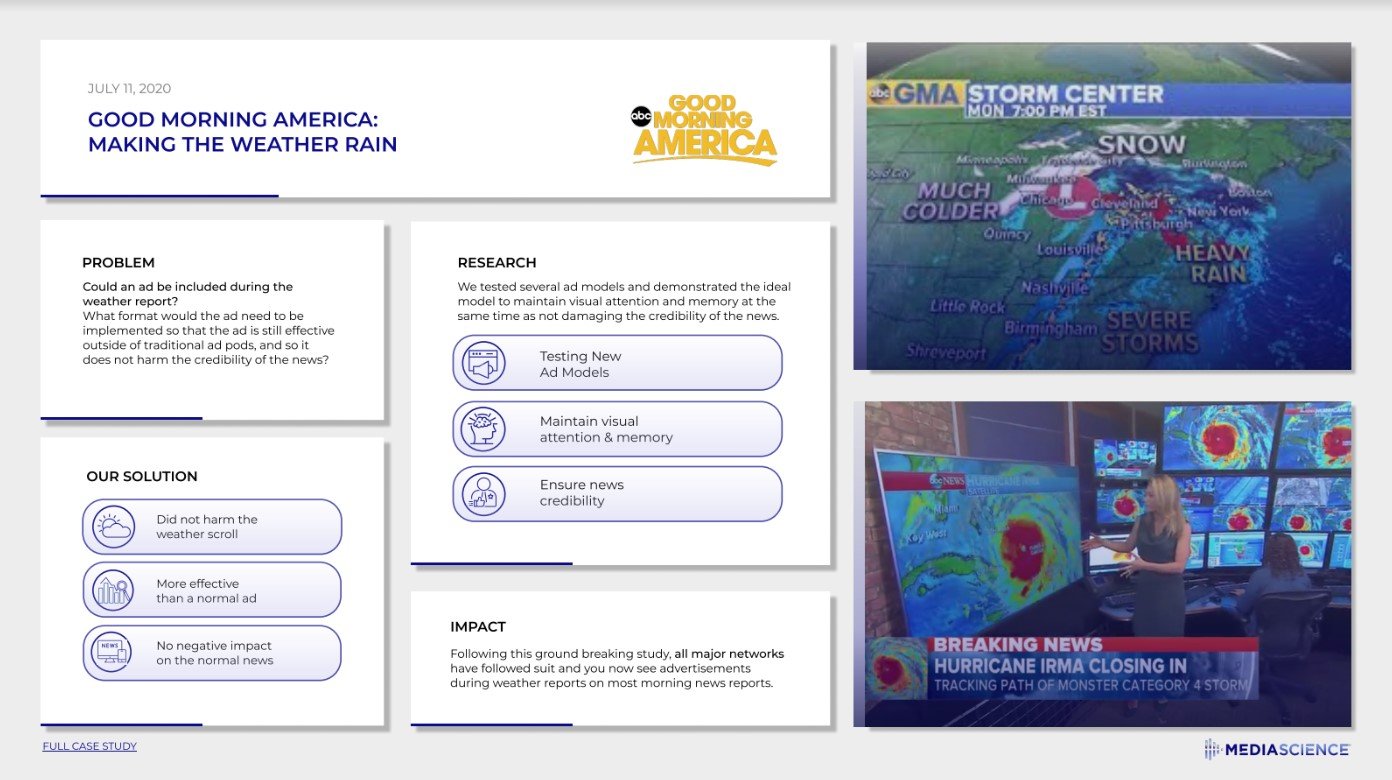